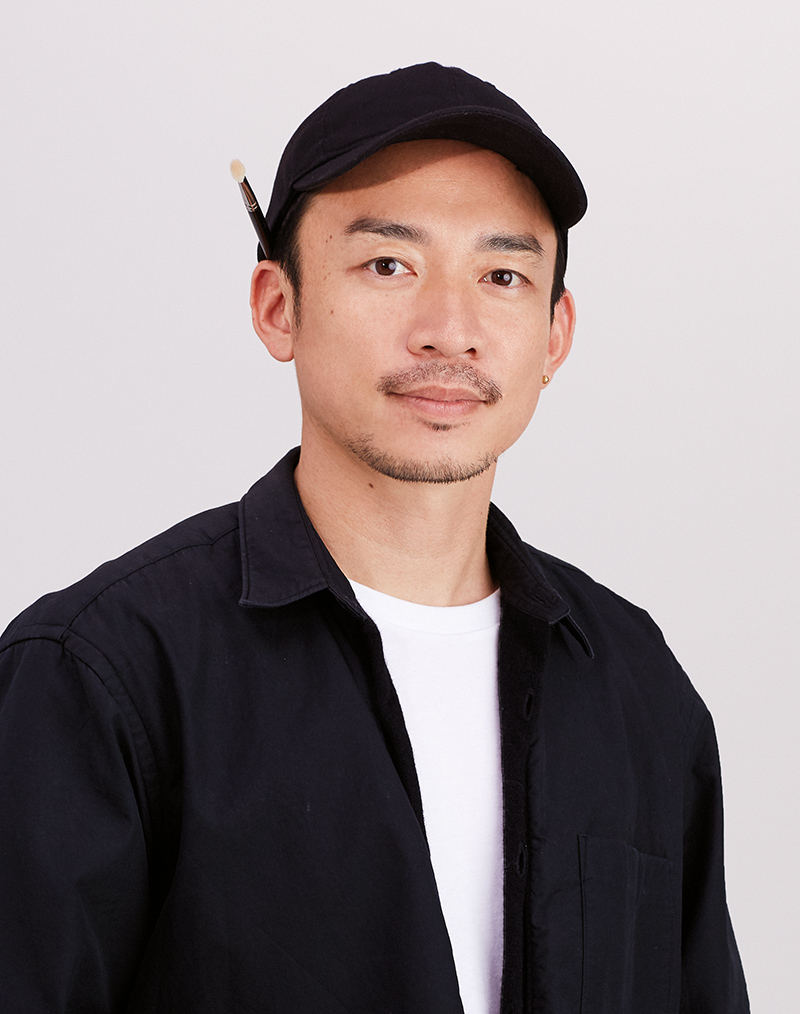 Yusuke Saeki, started his career at a hair salon, however wanting to pursue his career in beauty, moved onto assisting the world renowned Makeup Artist, Yoshiyuki Wada. In 2009, Yusuke officially started his career as a freelance makeup artist, and later moved to the US in 2010.

Upon returning his base to Tokyo with more experience in the field, he was an instant favorite among many, his works ranging from editorials, advertorials, visuals, and fashion shows. His works can be found not only in Japan, but internationally in popular magazines such as Vogue and Elle for Korea, China, and many parts of Asia. He is also known internationally for his makeup tutorials and his wide range of knowledge in Cosmetic Products.

However, Yusuke is most popular and found credible for his special skill to bring out the “perfect beauty balance” to all, no matter the race, age, or facial feature. This technique being more so special, as it is not to be interfered by trends that come and go, but it being a universal technique.
In 2019, Yusuke published his very first beauty book which became a No.1 top seller on Amazon, which attracted more attention his way. He is also a committee member for Numero’s Beauty Awards.